How Open Systems Theory is Relevant to Agile 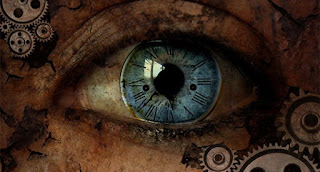 At the beginning of the twentieth century, a science for understanding and managing organizations was being formed. Frederick Taylor, considered as the first ever management consultant, did extensive studies to improve productivity by analysing production tasks and implemented them successfully in several factories. Around the same time, Max Weber developed his theories on ‘Bureaucracy’ and Henry Fayol, his ‘Principles on Administration’. Management Science was thus born and the primary concern remained with goals, structure and efficiency. This science has it’s roots in the idea of a Newtonian clockwork universe – that all systems work according to some predetermined rules that keep them working as well-oiled machines. It was also believed that to understand any system, we have to break it down into its parts, which is nothing but analytical thinking. When organizations are thought of as machines, it has its implications on how we understand organizations and the sub-systems within – as closed systems.

Popular posts from this blog

November 09, 2017
Tangible vs Intangible- where do you focus ? When you are setting up a new team or business unit, or want to bring about change in an existing setup, what do you do ? create/modify structures and processes - those which are tangible and measurable. Intangibles like people's perceptions, feelings, assumptions and beliefs are difficult to work with. Quite often, these intangibles make or break change programs and business goals. I found this excellent article on HBR that uses the tangible-intangible conundrum in explaining the execution-strategy gap - 'It is important to focus on what people think rather than what they do' https://hbr.org/2017/10/closing-the-strategy-execution-gap-means-focusing-on-what-employees-think-not-what-they-do
Read more 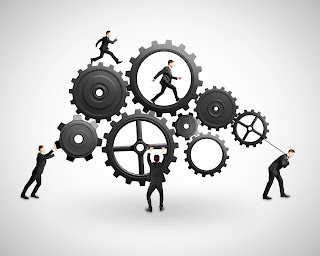 The Agile manifesto and the principles have been clearly called out, but many companies focus so much on getting the processes right, that they end up ignoring the people factor. Which means it is the same old story as traditional development (aka, waterfall). Yes, processes and tools are important, but, hey, aren’t people who are more important ? Aren’t people who have to put the processes and tools to good use ? Aren’t people who have to be good at relating to one another and the customer, to build great products and be satisfied at work ? Read more:  https://www.linkedin.com/pulse/agile-techno-structural-od-intervention-vijaya-devi-s/?lipi=urn%3Ali%3Apage%3Ad_flagship3_profile_view_base_post_details%3BEkfmoJkUQGqCSe%2FfpWyU9A%3D%3D
Read more

© [Vijaya Devi] and http://blog.dreampipe.in. Unauthorized use and/or duplication of this material without express and written permission from this site’s author is strictly prohibited. Excerpts and links may be used, provided that full and clear credit is given to Vijaya Devi and http://blog.dreampipe.in with appropriate and specific direction to the original content.